Confirmed: Britney Spears Is Dropping A Song With The Backstreet Boys 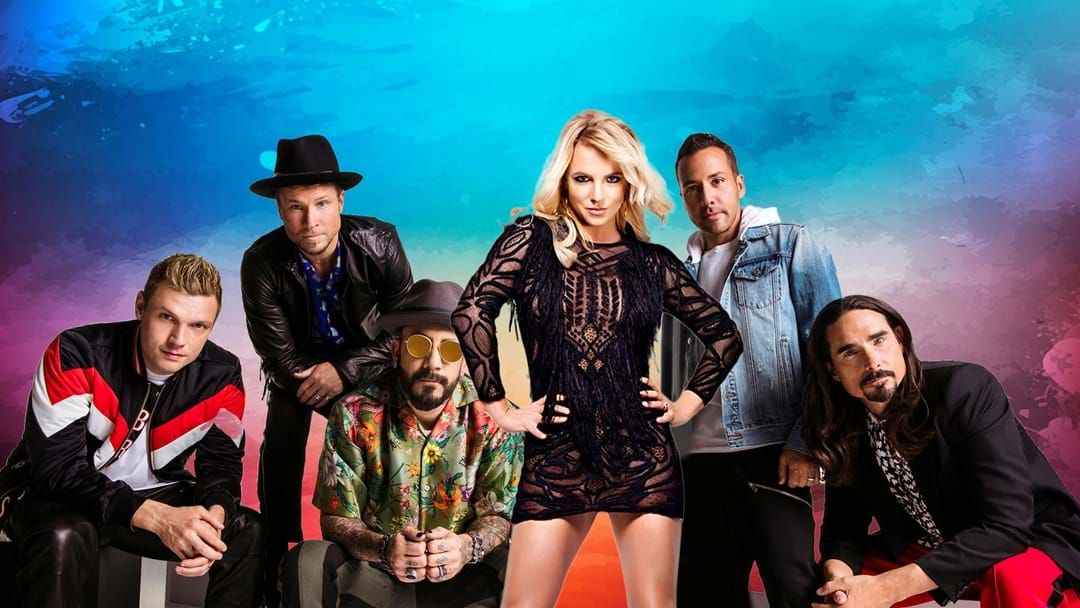 There have been some rumours swirling around the internet that Britney Spears was about to drop some new music and one of the tracks was a collab with another huge 90's star.

Turns out, it's the Backstreet Boys.

A pic has surfaced online on the rerelease of Brit's album 'Glory' and it has a few previously unreleased tracks on it, one of them the song 'Matches' featuring BSB.

The vinyl is apparently dropping this Friday but no official word on if this track will be a single. Fans are saying it's a test of the waters to see what the reaction would be to new music and we have to say, we'd love to see Britney back doing what she loves.

The Backstreet Boys are an added bonus!

Lost Hit: Britney Spears’ “What It’s Like To Be Me” Should Have Been A Single

In this franchise, we highlight album tracks that should have been released as singles.
Britney Spears found herself somewhere between girlhood and womanhood on her third LP, Britney. The pop princess ditched her school girl uniform, snug red bodysuit and cheeky innuendo in favor of a more outright sexuality as she made the move to extend her career beyond the reign of teen pop. This shift became increasingly clear over the sleek production on the project’s sensual lead single, “I’m a Slave 4 U.”
She cemented her evolution into pop’s leading temptress with a jungle-themed performance at the 2001 Video Music Awards. Dressed as a jungle fairy in a diaphanous green bikini top and bedazzled jean shorts, the hitmaker slithered across the stage with a python wrapped around her neck and grinded on a team of dancers. In the accompanying music video, she and her dancers beat the heat and delivered more sexy choreography.
Although Britney rode the more mature track into the top 30 on the Billboard Hot 100 and the upper reaches of dance charts across the globe, the album’s following singles were not as successful. The defiant “Overprotected” peaked at number 86, and each consecutive release experienced increasingly diminished returns. Despite missing the Hot 100 entirely with “I’m Not a Girl, Not Yet a Woman,” “I Love Rock ‘n’ Roll” and “Boys,” the hitmaker embarked upon a critically acclaimed world tour and continued a heavy promotional schedule for her acting debut in Crossroads.
The lack of a breakout hit brought the album’s campaign to a close in 2002. However, she could have easily broken her string of misses had she unleashed “What It’s Like To Be Me” as an official single. The explosive pop anthem closed out the standard edition of Britney and featured writing and production from her boyfriend and NYSNC frontman, Justin Timberlake and choreographer Wade Robson. The pair crafted a tightly produced effort, on which Spears commented on her fame and how it affected her love life.
“Baby, tell me do I look like the kind of girl that you want to take home? Want to make me your own,” she emphatically challenges a potential lover on the opening lines. Her delivery is confident and almost barbed. It is as though she is tired of being burned by a string of boys and is ready to settle down with someone who understands her completely. “Baby, take the time to realize I’m not the kind to sacrifice the way I am. So if you want to be my man, walk a mile in my shoes. Do me right or I’m through. Can’t you see that if you want to stay around you’ve got to figure me out,” she declares on the blazing chorus. Fans assumed the man capable of keeping up could be Justin, who delivered backing vocals and added some beatboxing to the breakdowns.
“What It’s Like To Be Me” received a standout performance on Britney’s Dream Within A Dream Tour. In it, she and her crew worked through some impressive choreography including a dramatic slow motion segment. Add in some clever pyrotechnics, and it became a defining moment of any evening.
The pair could have easily recorded a remix of the track that added additional vocals from Justin. The re-release would have marked the couple’s first official collaboration and could have easily topped the charts on their combined star-power alone. Unfortunately, that never happened. The twosome officially ended their relationship toward the latter half of 2002. Their failed romance resulted in break-up hits “Cry Me a River” and “Everytime,” but they never got to explore their true potential in the studio together.
That may change in the future. Last year Britney Spears listed Justin as a dream collaborator, and the “Can’t Stop The Feeling” crooner seemed interested as well. After years of pain and lost love between the two, fans are still clamoring to see them reunite creatively. A new collaboration in 2018 would surely sound different from “What It’s Like To Be Me,” but the track remains as a reminder of what could have been a defining hit from some of pop’s reigning teen royalty. Revisit a performance of the fiery bop below!
https://www.idolator.com/7671203/lost-hit-britney-spears-like-single?view-all&andro=1&chrome=1

Here is what we can find from TMZ.

Britney Spears says her business manager quit out of the blue, but she claims her bigger issue is that her dad hired a new manager without giving her any notice.

Britney's legal team filed docs requesting Bessemer Trust Company become the sole conservator of her business affairs ... as opposed to just co-conservator with her father, Jamie. In docs, obtained by TMZ, Britney says the move that set things in motion was an October 28 letter telling her that Tristar Sports and Entertainment Group resigned as Britney's business manager without any prior notice.

She says she's got beef with her dad for hiring Michael Kane of Miller Kaplan to come on as the new business manager without giving her notice or a chance to interview Kane, review the terms of his hiring, or consider alternatives.

Britney also says the move brings serious concern because Jamie's goal "is to introduce a new gatekeeper who admittedly has a major working relationship with [Jamie's] legal team."

Britney claims it's all part of Jamie's attempts to "retain full functional control of her assets, books and records."

Britney says she'll file a petition to remove Jamie as the co-conservator of the estate so that Bessemer can serve that role alone. Earlier this year she requested Jamie be removed as the sole conservator of her business affairs. At that point, she was fine with him staying on as co-conservator, but now she wants him out altogether.

Britmas 2020 is starting get this on vinyl The holiday pop bop from Britney Spears, My Only Wish (This Year) is available exclusively at Urban Outfitters on green marble vinyl. A modern classic, it finds a lonely Spears hoping for company to fill the season with cheer. 2000, Sony Music.

Tracklisting
1. My Only Wish (This Year)

Link to buy it via urban outfitters