Britney Spears' former makeup artist is speaking out about the pop star's dark relationship with fame that eventually led to her infamous 2007 breakdown.

Julianne Kaye, a Hollywood makeup artist, was 23 years old when she was hired to work for Spears, and the two immediately formed a close friendship. 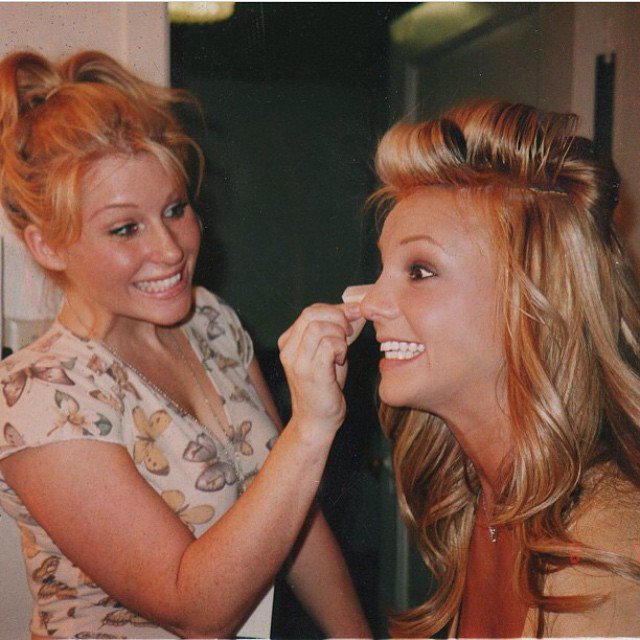 In an interview with Mirror, Kaye spoke about her and Spears' close bond, and the events leading up to Spears' conservatorship being placed on her.

Sometime before Spears suffered her highly-publicized breakdown in 2007 and 2008, the pop singer was slowly starting to feel the negative effects of fame.


Kaye, while talking to Mirror, detailed a trip she'd accompanied Spears to in London, where the car they were in had become mobbed by fans and paparazzi.

"[Britney] just started crying and she was like, ‘Oh my God, what’s going on? I just want to go shopping,’" Faye told the publication.

"It just got really crazy. And then it meant her having to be locked into her hotel room because it just was dangerous."

The singer's former makeup artist admitted that all Spears wanted was "to be normal," but the excessive amount of fame she'd acquired made it a nearly impossible feat to accomplish.

"She really loved entertaining and she really loved performing, she loved that part of the job, but she hated all the other stuff because she wasn’t the kind of celebrity that just could walk outside of her hotel room," she continued.

Spears' volatile relationship with the media during the early years of her career had been a major contributor to her declining behavior.

In a 2008 Rolling Stone cover story about Spears, a friend close to the singer recalled a specific incident in which the press had leaped on her following rumors she'd gotten breast implants.

"When Britney saw the papers, she was crying in the bathtub uncontrollably, asking, ‘Why is everyone being so mean to me?'” the friend told Rolling Stone.

“It was very hurtful for her to go through something so private so publicly.”


In February 2007, after battling with her mental health, and her split from Kevin Federline, Spears was checked into Eric Clapton's famous Crossroads Centre in Antigua.

However, just 24 hours later, Spears left the facility and flew back to Los Angeles, where she infamously entered a hair salon in Tarzana and shaved off her hair.

Following the incident, Spears would be in and out of rehab two more times before she suffered her terrifying January 2008 breakdown.

The 'Lucky' singer was seen being escorted from her home while strapped to a gurney after locking herself in the bathroom with her youngest son, Jayden, and prescription amphetamines.

She was placed on a 72-hour psychiatric hold, also known as a 5150, and weeks later her father, Jamie Spears, was appointed co-conservator of her estate.

Looking back at that time, Kaye told Mirror that she was horrified to see Spears working again so soon after.


"She had her well-publicized breakdown and when I saw [Britney] on X-Factor or whatever show she was doing, it was like the lights were on but nobody was home," she recalled.

"I was like, ‘That’s not Britney.’ I thought, ‘If somebody just had a complete mental breakdown, why are they going back to work?’ She didn’t look like herself ever again."

Following the end of Spears' conservatorship in November 2021, Kaye expressed her "delight" that the singer was able to have control of her life again.

"Britney was a huge star, but during the conservatorship, the light that shined so brightly was gone. You could see it in her eyes."