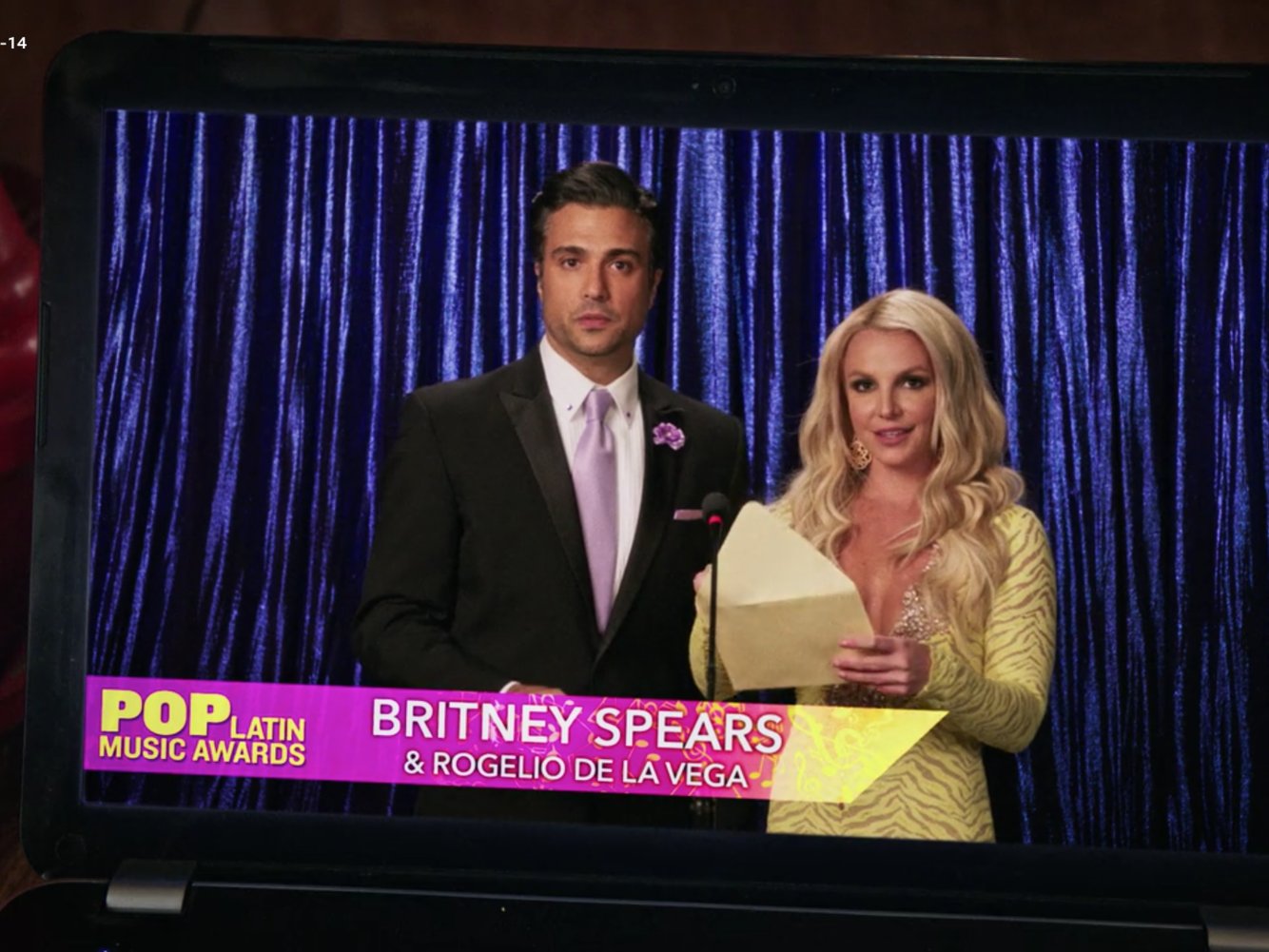 Britney Spears has appeared in lots of TV shows and movies over the years. The CW

True fans will know that Spears actually got her start on TV, acting in commercials and performing on the singing competition show "Star Search" in 1992. The next year, she got her big break on "The All New Mickey Mouse Club," singing and dancing alongside future A-listers like Christina Aguilera, Keri Russell, Justin Timberlake, and Ryan Gosling.

In her two decades as a music legend, Spears has only taken a starring turn on the big screen once, in 2002's "Crossroads," which was maligned by critics but adored by fans. Though we'll likely never get a sequel to "Crossroads," Spears has made plenty of memorable cameos in popular TV shows like "Will & Grace," "Jane the Virgin," and even "The Simpsons," as well as a few movies.

These are the 12 best cameo appearances the pop queen has made throughout her career.

Spears played a conservative talk show host hiding a major secret on
"Will and Grace." Chris Haston/NBC/NBCU Photo Bank via Getty Images
Back in 2006, Spears got a little bit political when she guest starred on the hit NBC comedy's eighth season. She played Amber-Louise, a right-wing talk show host with a big secret: she was a "hardcore lesbian" playing up her ultra-religious views to land major TV success. 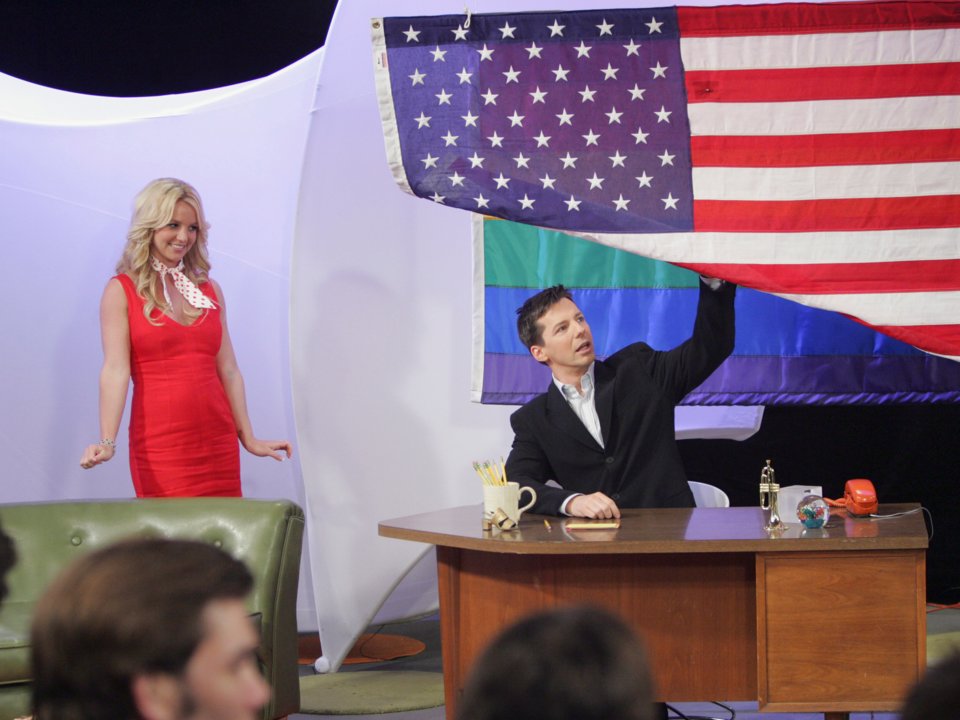 She made a cameo in "Longshot," a made-for-TV movie with a stellar teen pop line-up.

She made a cameo in
"Longshot." Transcontinental Pictures
Before she played a seductive flight attendant in "Toxic," she made a brief appearance as an employee of the skies in "Longshot," a 2002 movie that aired on the Disney Channel.

The movie starred fellow teen pop stars including Lance Bass, LFO, O-Town, and even Lil Kim and never quite made it to the big screen." 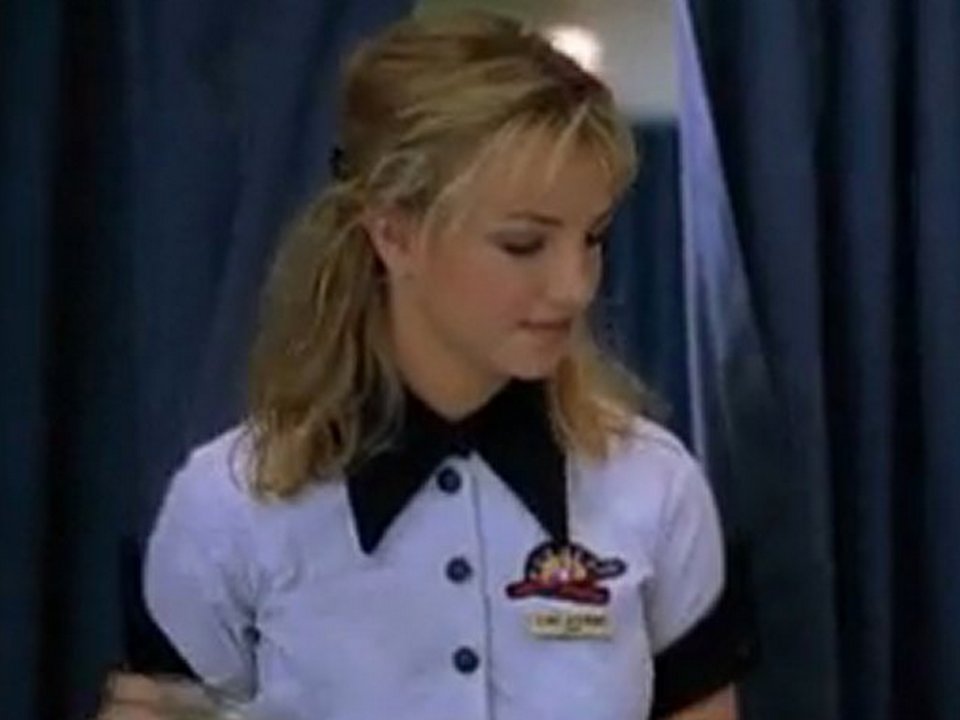 In 2008, Spears acted in two episodes of "How I Met Your Mother" and again showed off her funny side.

In 2008, Spears acted in two episodes of
"How I Met Your Mother." CBS
Spears came to Primetime TV again in 2008 when she guest-starred on "How I Met Your Mother," playing Abby, a lovelorn receptionist that has hopelessly fallen for Ted (Josh Radnor) … before she winds up dating Barney (Neil Patrick Harris).

Abby made a return appearance later on in the season, on the hunt for love again. 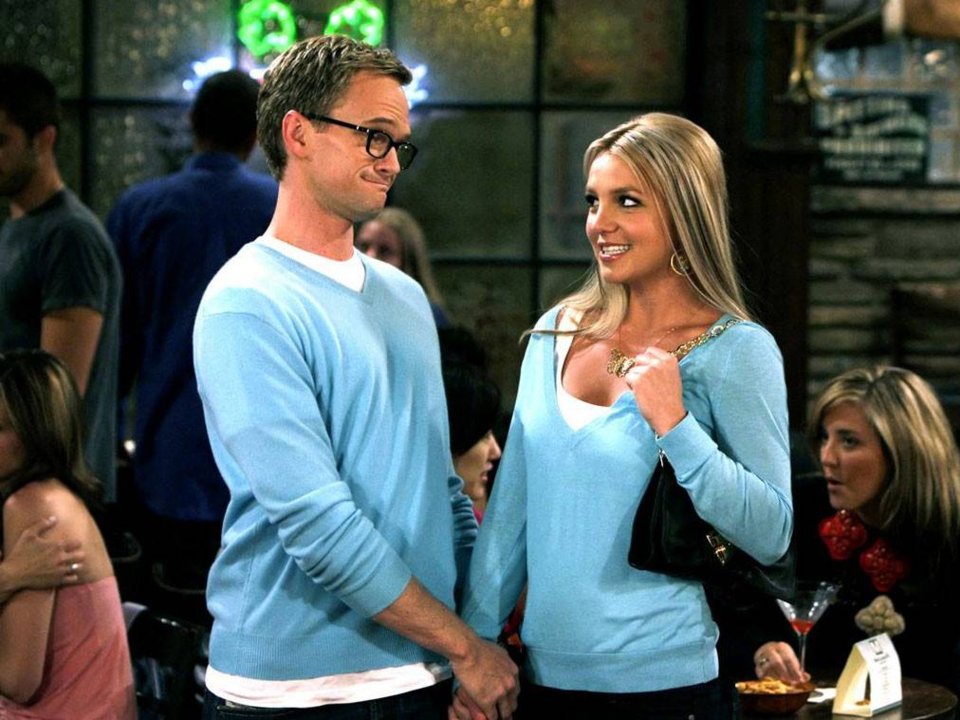 She got some unfortunate green highlights during a cameo on "Kenan & Kel."

She got some unfortunate green highlights during a cameo on
"Kenan & Kel." Nickelodeon
In 1999, at the height of her teen pop fame, Spears made a cameo appearance as herself on the hit Nickelodeon comedy. Upon seeing a pop icon in person, Kenan proceeds to faint, while Kel pretends to be her on-set hairstylist.

He gave Spears some unfortunate green highlights as he covers her face with a towel, and she was less than pleased at the results. 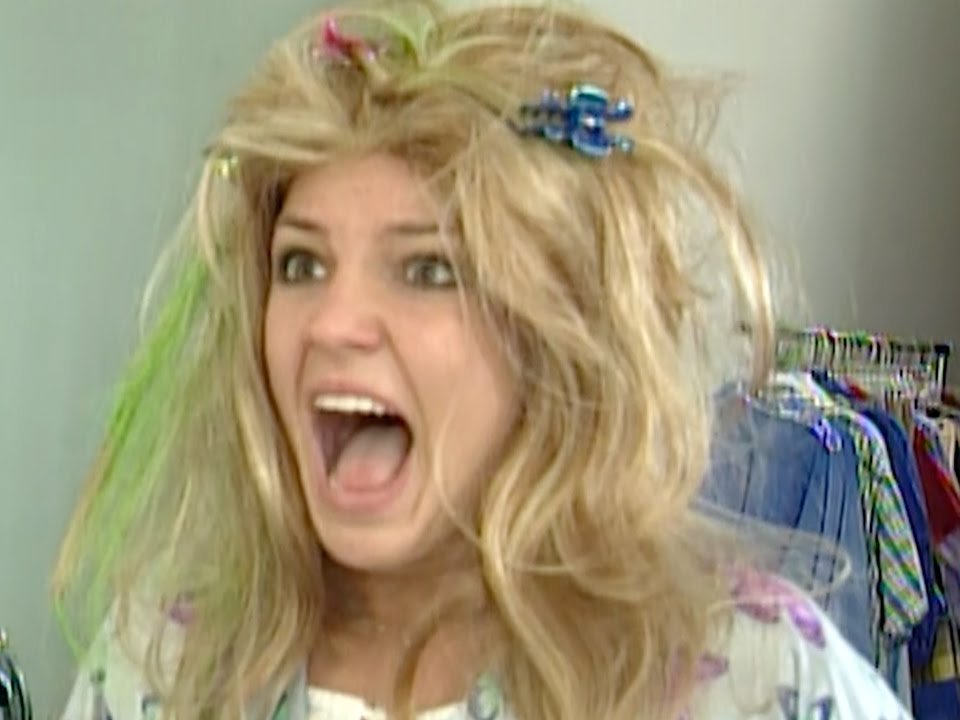 "Glee" devoted an entire episode to Spears and her music.

"Glee." FOX via Getty Images
The hit teen musical series paid tribute to Spears by devoting a full episode in season two to her musical legacy. Glee club member Brittany S. Pierce (Heather Morris) has a hallucination in which she re-creates some of Spears's most famous music videos, from "Toxic" to "Oops! I Did It Again," and more, with Spears herself making an appearance in the episode. 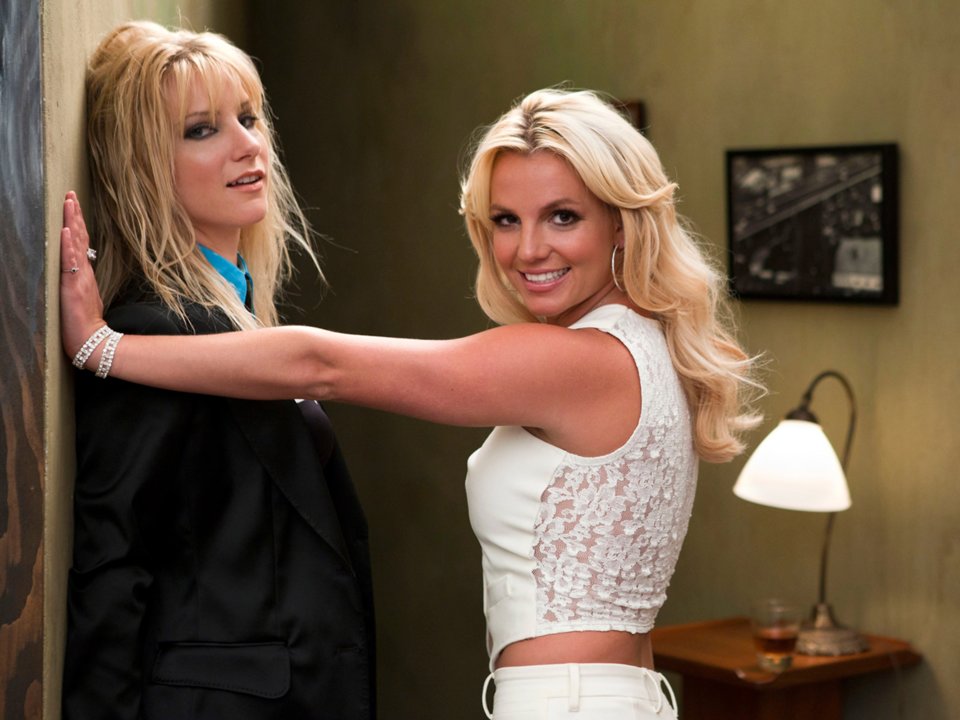 Spears played a fembot in "Austin Powers in Goldmember."

Spears played a fembot in
"Austin Powers: Goldmember." New Line Cinema
In the third installment of the "Austin Powers" series, the spy stumbles upon the set for Spears' "Boys" music video, where the two come toe-to-toe in a dance-off. But Austin received the shock of his life when he discovered that Spears was a fembot, and he demolished her into smithereens.

Myers reprised his role in the actual music video for the song, which appeared on the film's soundtrack. 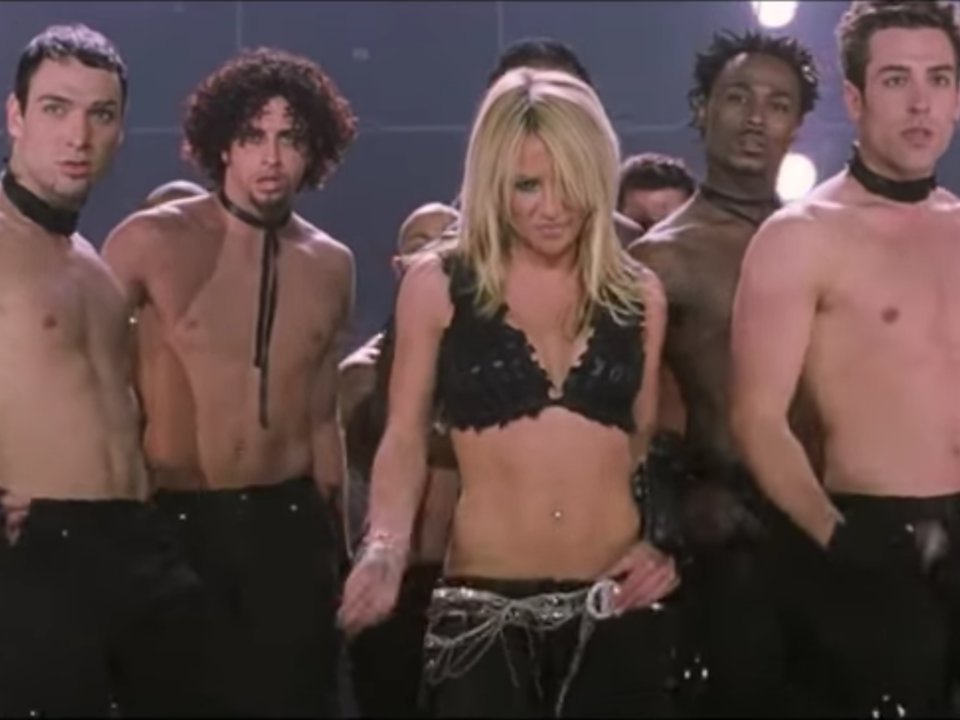 She lent her voice to a 2000 episode of
"The Simpsons." Fox
Spears was turned into a cartoon for a brief appearance on "The Simpsons," wearing an outfit from her "...Baby One More Time" video to co-host the Springfield Pride Awards … pigtails and all. 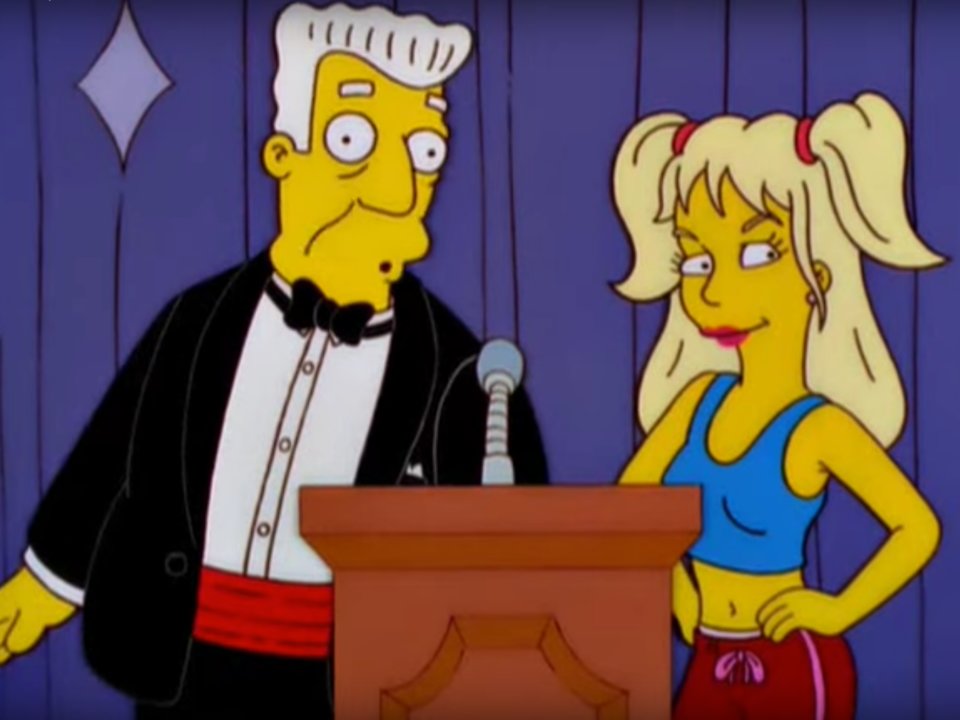 Spears joined her real-life pal Melissa Joan Hart for a cameo on "Sabrina the Teenage Witch."

Spears joined her real-life pal Melissa Joan Hart for a cameo on
"Sabrina the Teenage Witch." ABC
The pop princess played herself in a 1999 episode of the teen sitcom when Sabrina contemplates moving in with her dad in Paris. She's bummed about missing a Spears concert before the singer magically appears in her hotel room for a private performance.

Hart returned the favor by appearing in Spears's "(You Drive Me) Crazy" music video, which was on the soundtrack to "Drive Me Crazy," starring Hart. 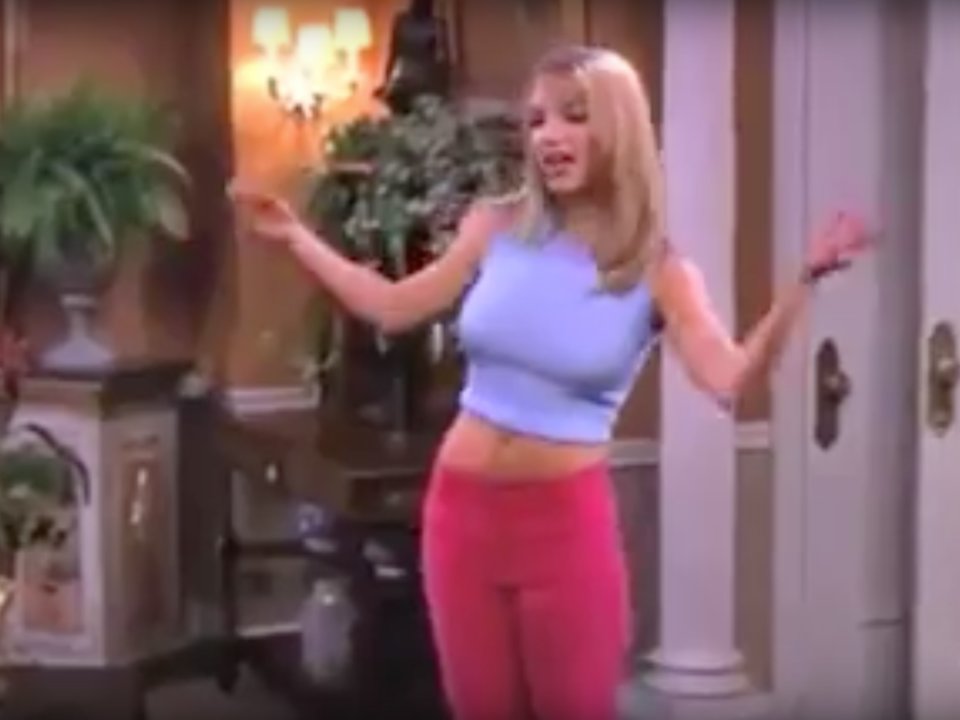 The singer enjoyed a dance session with the titular character on "Jane the Virgin."

The singer enjoyed a dance session with the titular character on
"Jane the Virgin." The CW
In a 2015 episode of the CW series, Spears showed off her famous dance skills and also attempted to resolve a long-standing feud with her former BFF, Rogelio de la Vega (Jaimie Camil) by throwing in a few pitch-perfect puns in honor of her biggest hits. 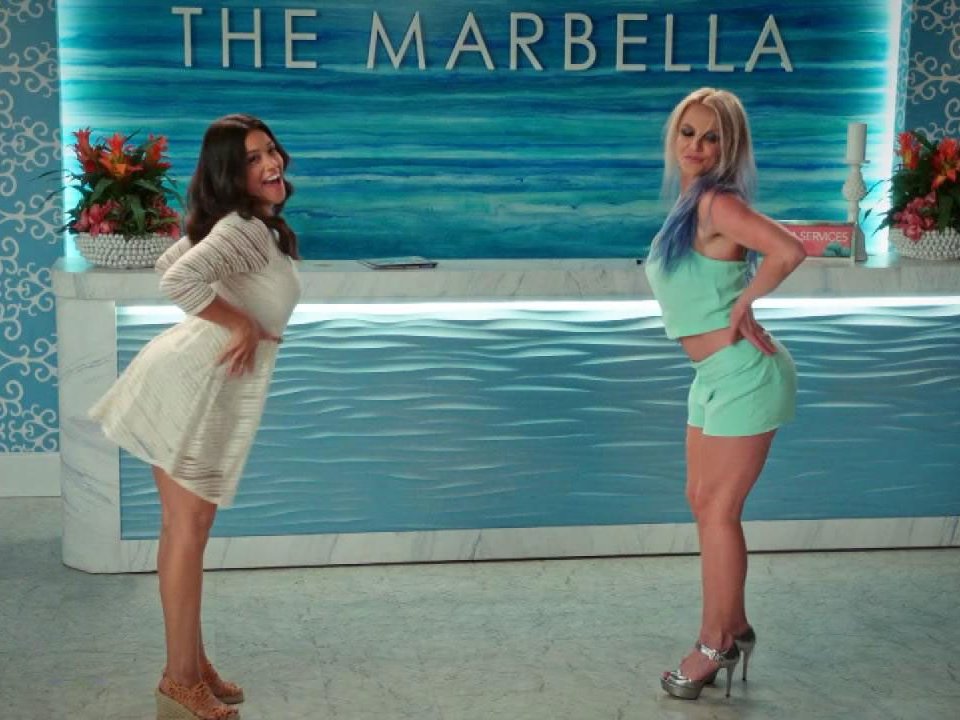 Spears performed at a school dance on "The Famous Jett Jackson" all the way back in 1999.

She showed up at Jett's Halloween dance to perform "Sometimes." 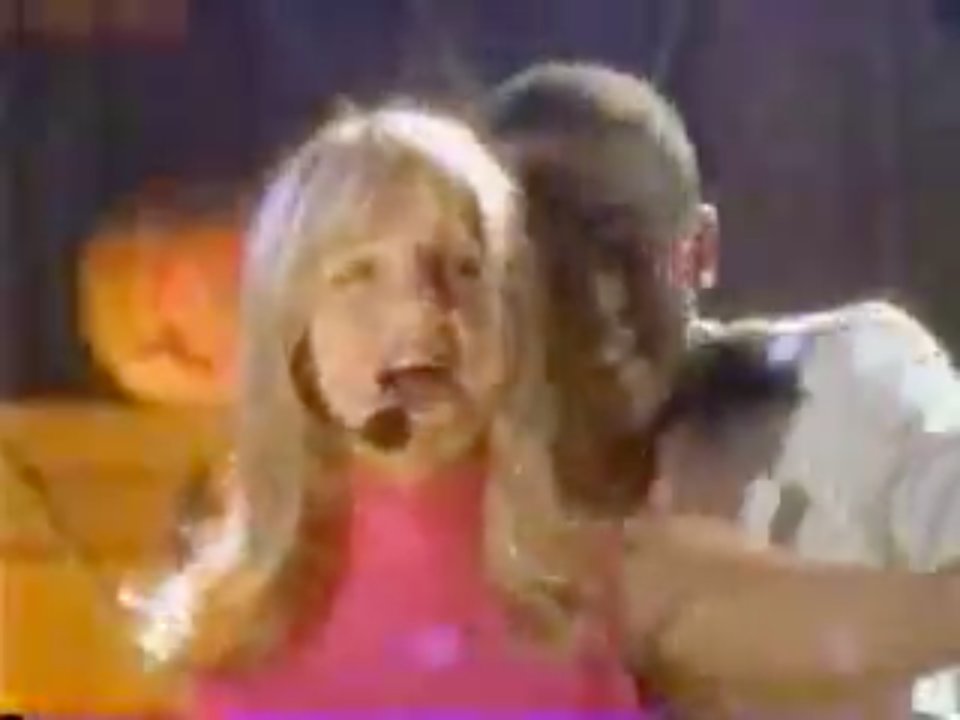 She played dumb and joked about her MTV roots in 2003's "Pauly Shore Is Dead."

She played dumb and joked about her MTV roots in 2003's
"Pauly Shore is Dead." MTV
In this mockumentary created by Shore himself, the comedian faked his own death to help cement a lasting legacy, with Shore tapping a slew of famous faces to make quick cameos, including Ellen DeGeneres, Snoop Dogg, Chris Rock, Adam Sandler, and dozens of others.

Spears riffs on her MTV roots in the NSFW clip, asking, "Who's Pauly Shore?" before remarking, "Oh, yeah, he was on MTV before I was born … right." 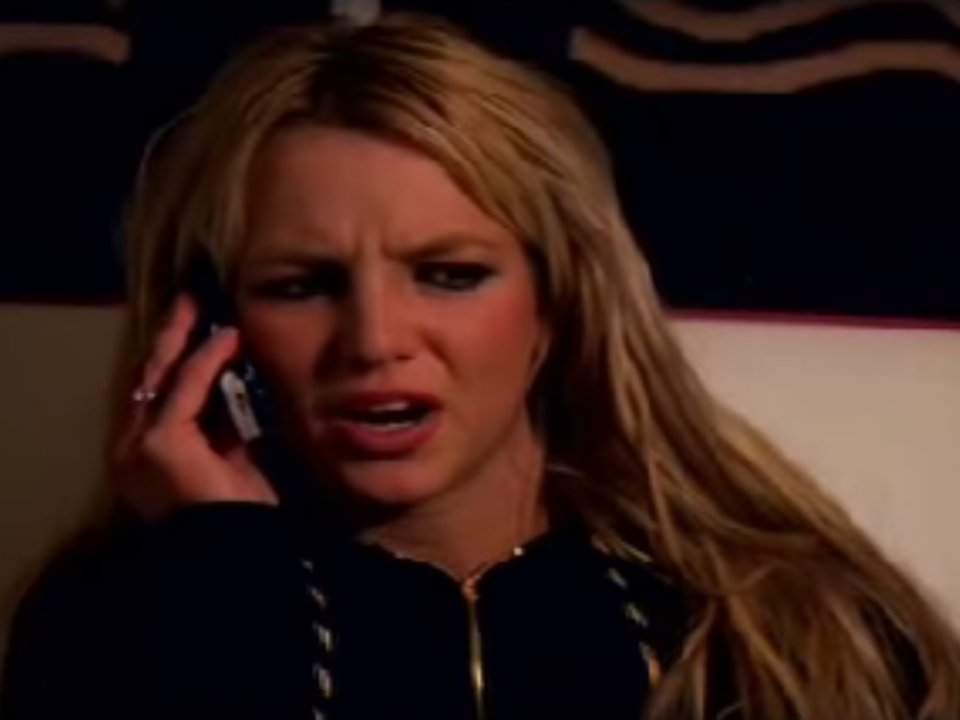 She made a rare appearance on Spanish TV series "Médico de Familia" in 1999.

She made a rare appearance on Spanish TV series
"Médico de Familia." Telecino
Though this cameo never aired in the States, Spears made a splash when she showed up on "Médico de Familia," playing herself in one episode of Spain's most popular TV series in the late '90s.

In the clip, the "Everytime" singer (and future Pepsi spokesperson) can be seen grabbing a Coca-Cola from a hospital vending machine as her song "(You Drive Me) Crazy" plays over the hospital's speakers. 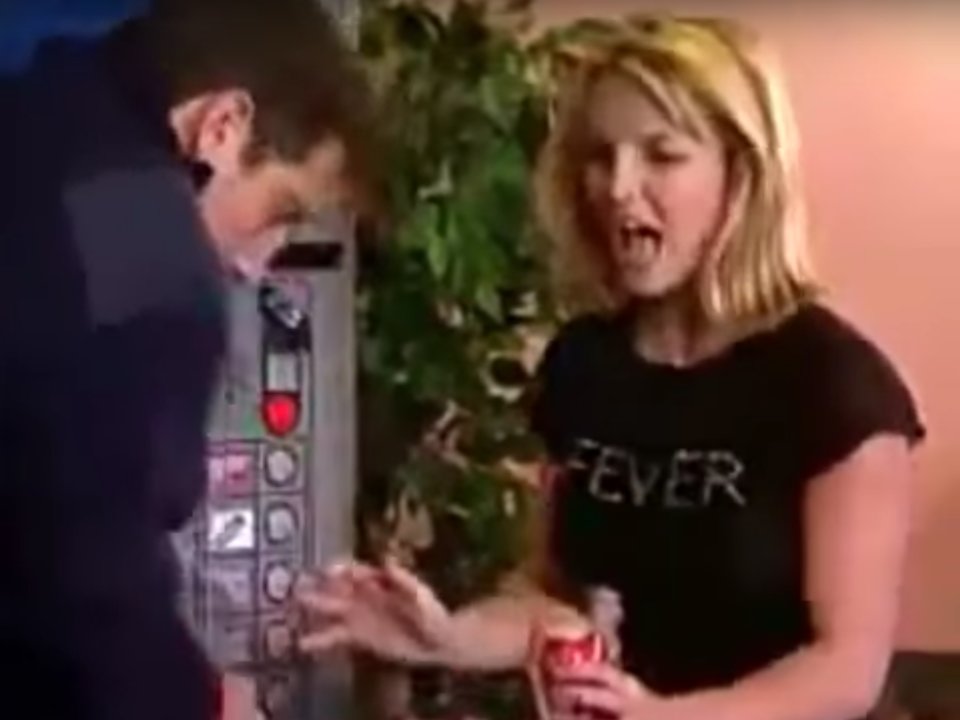